No Bull. Just the facts (and lots of slobbery bulldog kisses).

Cascade Bulldogs is a bulldog blog dedicated to providing helpful information about raising, training and showing bulldogs. The stars of this website are two famous bulldog show dogs, Snow White and Wildflower. Their owners are Eddie and Gail Harris, a couple who has been showing bulldogs—often referred to as British or English bulldogs—in Seattle, Washington, since 2012.

Some of the information you can on find on our site includes: Snow White was born November 29, 2013. Snow White is the more rambunctious of the two, and can be a bit of a handful in the ring, but she’s flashy and finished her championship in May of 2015 and her Grand Championship in October of 2015 right before she turned two. She was recently bred to Cherokee Origin “Just Johnny” and had her first litter of puppies March 14, 2016. Wildflower was born May 13, 2014. She differs from Snow White in that she’s smaller, more compact and has beautiful red brindle markings. Wildflower’s first show was in December 2014, when she won “Best Puppy” at the Oregon State Bulldog Club Specialty Show. She was just seven months old! You can expect to see Wildflower in the ring a lot in the upcoming months! 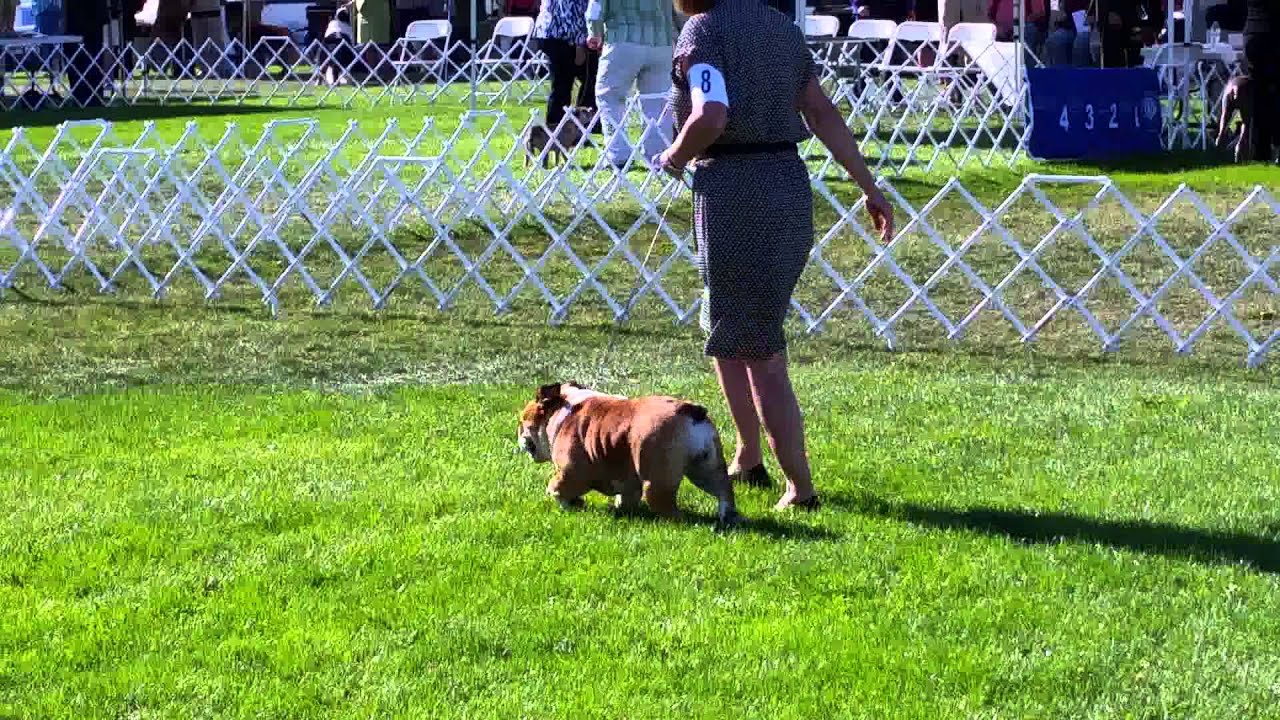 Why Choosing a Bulldog Breeder Who Shows Dogs is Important

Here is a question we’ve heard before and as bulldog breeders who also show bulldogs, we thought we’d take a moment to chime in... 7 Ways to Show Your Bulldog You Love Him

If you are lucky enough to be a parent to a bulldog then you know just how adorably sweet bullys can be! Here are... If you’ve been a life-long bulldog parent, you may have noticed that the bulldogs you’ve owned in the last several years have lived longer... Roxanne the Bulldog at the Rose City Classic Dog Show Snow White Showing Off for the Judges Hanging Out at Home Snow White Posing for the Camera